People with Rett syndrome are likely to undergo an intervention at some point in their lives to ease their characteristic hand stereotypies, or continuous and purposeless hand movements, a Japanese study reported.

Factors associated with this included age at diagnosis, walking difficulties, and the frequency of hand mouthing. Further studies can help in identifying approaches that work best for patients and caregivers according to their individual needs, its scientists said.

The study, “Comparison of the presence and absence of an intervention to reduce hand stereotypies in individuals with Rett syndrome,” was published in the Journal of Applied Research in Intellectual Disabilities.

Limited hand skills and repetitive, purposeless hand movements — called stereotypies — are characteristic of Rett syndrome. Hand stereotypies have been reported to cause skin injuries and joint contractures (a shortening and tightening associated with deformity) that aggravate feeding and limit self-care.

Our Daughter Goes From Zero to 60 in a Flash

However, it is unclear how many Rett patients have undergone such interventions for stereotypies and which factors promoted their use.

A team of researchers in Japan analyzed the responses to a questionnaire conducted as part of an observational study with families from the Japan Rett Syndrome Association and Rett Syndrome Support Organization in Japan.

The questionnaire, sent to 194 families, focused on general information — such as age, sex, interests and age at diagnosis — and included questions into patients’ behavior, hand function, hand stereotypies, and therapeutic interventions given.

All patients showed some form of hand stereotypy — with hand mouthing being the most frequent (58.3%), followed by clapping or tapping (40%). Hand squeezing/flicking was the least common (5.6%).

Of 68 Rett syndrome patients, most — 49 or 72.1% — “were currently receiving or had received an intervention to reduce hand stereotypies,” the researchers reported.

The most common intervention was the use of elbow, hand and finger splints. Others included massages, hand holding, and sensory play.

When comparing patients who had undergone an intervention (either currently or in the past) with those who did not, the researchers observed several factors that separated the groups.

They also exhibited more hand mouthing and clasping/posturing movements than non-intervention patients, whose hand stereotyping was most commonly hand squeezing or flicking movements.

Overall, these results show interventions for hand stereotyping being used with a high proportion of Rett patients in Japan. “Interventions for stereotypy-associated problems are important and there are several variables related to whether an intervention is received,” the scientists wrote.

Future studies are needed to “identify which interventions improve the quality of life of participants and caregivers according to their individual needs,” they concluded, noting high levels of stress reported by parents of children with Rett syndrome. 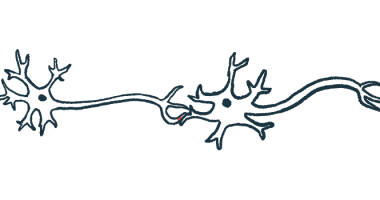