Brain organoids grown from stem cells derived from people with Rett syndrome reproduced patterns of electrical brain activity that resembled seizures, a hallmark of the condition, a study demonstrated.

Use of anti-seizure medications restored electrical activity to normal levels, supporting the use of brain organoid models to investigate underlying disease processes and to develop new therapies.

“This work demonstrates that we can make organoids that resemble real human brain tissue and can be used to accurately replicate certain features of human brain function and disease,” Bennett Novitch, PhD, study senior author at the University of California, Los Angeles (UCLA), said in a press release.

The study, “Identification of neural oscillations and epileptiform changes in human brain organoids,” was published in the journal Nature Neuroscience.

Rett syndrome is primarily caused by mutations in the MECP2 gene, which encodes a protein with the same name. This protein controls the activity of other genes, and plays an essential role in the development and function of the brain. These defects result in alterations in cognitive, emotional, sensory, and motor processes, and Rett symptoms.

Most of our understanding of these changes is derived from animal models, mainly rodents, but the human brain has many features distinct from other species. Furthermore, investigational therapies that show efficacy in animals often fail in clinical trials, demonstrating the need for human-based model systems.

Brain organoids are 3D, brain-like structures that reproduce many unique features of human brain development and function, and are increasingly used as model systems. These organoids can be grown from human induced pluripotent stem cells (hiPSCs), which are derived from adult cells and can differentiate into almost all cell types of the body.

However, to be useful, these organoids must recapitulate many functional features of the human brain, including sending electrical signals throughout the brain in response to external stimuli. And they need to reproduce coordinated waves of electrical activity, called neural oscillations or brainwaves.

“With many neurological diseases, you can have terrible symptoms, but the brain physically looks fine,” said Ranmal Samarasinghe, MD, PhD, at UCLA and the study’s first author. “So to be able to seek answers to questions about these diseases, it’s very important that with organoids we can model not just the structure of the brain but the function as well.”

First, brain organoids were generated from skin cells of healthy people, and the patterns of electrical activity examined using microscopes as well as probes inserted in the organoids. Measurements showed these organoids produced complex brainwave patterns at multiple frequencies resembling those in intact brains, as typically seen in electroencephalograms (EEGs).

Next, the team grew Rett-based brain organoids which appeared normal in structure and organization, compared with healthy organoids. However, Rett organoids showed defects in the formation of synapses, which are the sites of transmission of electric signals between two nerve cells (neurons). There also was an altered balance of excitatory synapses, which increase the activity of the receiving neurons, and inhibitory synapses, which suppress resulting neuronal activity.

Compared to non-Rett organoids, the activity of Rett-organoids lacked specific brainwave patterns, and was fast and disorganized, consistent with what is seen in Rett patients. Notably, the Rett-organoids were derived from patients with abnormal EEG readings, one having experienced epileptic seizures.

Epilepsy in Rett syndrome is thought to arise primarily from the malfunction of interneurons, which relay signals between motor and sensory neurons. The findings suggested that MECP2 protein deficiency in interneurons is the main driver of the neural network abnormalities within the fusion organoids.

Finally, to confirm that these organoids can be used to investigate potential therapies, they were treated with the anti-seizure medication sodium valproate, commonly used with Rett patients. An experimental medicine called pifithrin-alpha, which blocks the activity of a pathway shown to be overactive due to MECP2 deficiency, was also tested.

Both treatments reduced the seizure-associated brainwave activity patterns. With pifithrin-alpha, however, the altered activity in Rett organoids resulted in a more global restoration of brain function, and it merits further study, the researchers noted.

“In summary, these findings illustrate the potential of brain organoids both as a unique platform for characterizing human neural networks and for personalized drug discovery and research,” the scientists wrote. “The fusion organoid system that we used is highly amenable to such detailed cellular and circuit analyses and provides unprecedented opportunities for modeling neural network dysfunction associated with a variety of human neurological disorders.”

Added Samarasinghe: “This is one of the first tangible examples of drug testing in action in a brain organoid. We hope it serves as a stepping stone toward a better understanding of human brain biology and brain disease.” 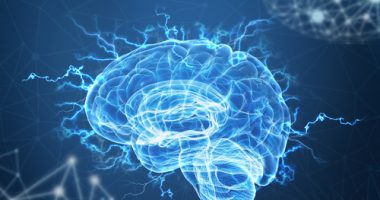